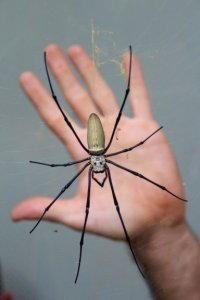 For a country where it’s the middle of Spring and usually stinking hot by now, and where Halloween on 31st October doesn’t make any sense (you should see the sweat dripping down the faces of children trick-or-treating in heavy black witch costumes)… the weather sure has been dreary this week. I’m wearing my winter jacket AND my thermal underwear again, you guys!

This is weeks after filming voiceover promo videos in the hot sunny canola fields and breaking out the tank tops and hats!

I am not a huge fan of Halloween. It was never a thing at all in Australia until recent years, so to me it’s just, like, I have to buy fancy individually-wrapped lollies… and hope they don’t all melt… and hand them out? For no reason? And it doesn’t get dark until at least 8pm so nobody knows when they’re supposed to go out, and half the households don’t participate, and did I mention the witch sweat and melted chocolate? And it’s supposed to be scary? Huh? 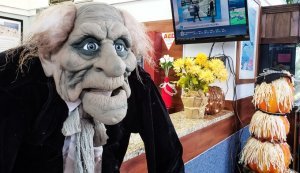 Have you ever noticed how useful fear is?

It gets people to hand out lollies to hot, confused children and greedy teenagers, yes, but not only that – it motivates us, moves us, angers us, freezes us, sometimes it saves our darn lives!

Psychologists will tell you that fear resides in a very primal part of the brain, the oldest part of our brain that deals with pure survival. Fear is completely necessary to keep us from doing dangerous things, going dangerous places, or trusting dangerous people.

However, my dear voice actor friends, I’m here to tell you that sometimes, your brain is lying to you. Running our own businesses and being our own bosses, we become afraid of things we shouldn’t be. Here are a few – five – things voice actors really don’t need to be afraid of:

Rejection. Oooh, did even the word make you cringe? Don’t let it! Being afraid of rejection is totally normal, but not helpful one bit. That fear ain’t going to save you from anything other than a whole stack of potentially amazing voiceover opportunities. Any working creative – or entreprenuer of any kind – will tell you that they are “rejected” (simply “not chosen”!) waaaay more times than they are booked for jobs.

Pull up your big girl boots, send as many auditions, proposals, emails, messages as you can for as many suitable jobs as you can find, and then EMBRACE the process. Say you send 25 auditions and don’t book any of them. Did you survive? Yes, you did, you amazing voice acting star! Now 25 more people know that you exist and have a bit of an idea of what you can do, AND you know that you survived 25 rejections, so you don’t need to be scared of it!

Criticism. Before I even start this paragraph I would like to state for the  record that I am, historically, not great at accepting criticism. I was one of those infuriating children who found school really easy and was top of the class for all of primary school and wouldn’t have known hard work and failure if it had bopped me on the nose with an encyclopaedia. So, failing things in high school and uni was devastating, and learning to accept criticism without taking it way too personally has taken me… a while. HOWEVER, now, at the grand old age of nearly-40, I’m okay at it. Also my partner is an actual critical writer, so. I have learnt things. 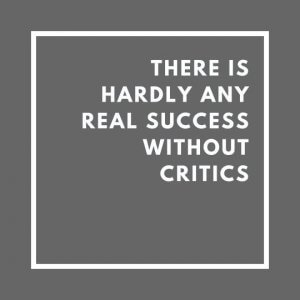 that you ask for and listen to criticism of your voiceovers at every opportunity. There are plenty of voice actor community groups around on facebook, discord, linkedin etc where delightful fellow voice actors will be happy to help. Voice123 has recently added a feature to allow you to ask a colleague for feedback on your audition file. I’ve used this a few times and it’s great. Try to ask someone who you know will be honest and helpful, and then listen carefully without fear – they will help you improve your voiceover!

Competition. Yep, 50 other people have applied for the same voiceover booking. Yep, only one of you will book it. Nope, there’s no point wondering or worrying about what they’ve all done compared to what you can do. There is literally no point being afraid of other voice actors. They are them, with their skills. You are you, with your skills. They will book the jobs that suit them, you will book the jobs that suit you.

I think the voiceover community generally does really well with this one. I see very little competitiveness and a whole lot of sharing, encouraging, referrals, recommendations and love. Many, many times I have had a friend refer me to audition for a job she is also auditioning for. I have had voice actress friends directly recommend me for jobs that they were offered but couldn’t accept. And none of them have had anything scary happen by doing so! We all help each other, and nobody loses.

Quiet times. Oooh, now here’s a really scary one. You haven’t booked a voiceover in 2 weeks and you start to think OH NO I’m a failure, something’s wrong with me, I have no talent, how will I pay the bills, what am I doing wrong? Eeeeek.

Again, there is no point being afraid of the quiet times. Recently, I hadn’t booked a paid job in *mumblemumble* weeks and maybe I had some moments where I was terrified of being a total failure…. But the more important moments were the ones in which I did marketing, did some coaching and research and practice, tried out some new skills and got in touch with previous clients and colleagues. Why spend time being scared when you can spend time making progress?

Also, in your quiet times, you might need to just rest and take some time off. Have a break. That is just as important!

Robots! Weelll…. I’m sure there are robots we could be afraid of. War of the Worlds doesn’t look like much fun. But, you know, those software AI robot programs that are sometimes used for voiceovers…. Nah, I ain’t scared. Even as this software gets more and more, uh, “lifelike”, we can still tell the difference. One of those youtube videos comes on and your ears prick up, because there is just something… not… human… going on. 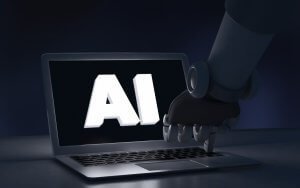 And trust me, most people prefer humans over that uncanny valley shivery feeling.

Okay, are you terrified yet? Or are you suddenly, magically, fabulously convinced that the only thing to fear is fear itself? Mwa ha ha haaaa! Excellent. Go do some terrifying stuff – and tell me all about it!