Call yourself a voice actor? Do you even anime?

Sometimes I feel like an imposter in voice acting. 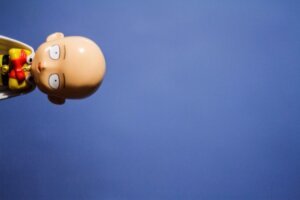 Not because I don’t feel good enough. I usually feel good enough at voiceover. Except when I finish a coaching session with an amazing teacher who challenges me to push and push myself and I end up briefly wondering if I can even act at all… (that’s normal, right? … yeah? … guys?)

No, I sometimes feel like an imposter because I’m just not much of a geek. Or nerd. Or… I don’t even know the right word, that’s how much I’m not one.

You see, I don’t know much – yet – about video games, anime, famous animation series, or famous voice actors.

What on earth does Gacha mean? What is PAX? What’s the difference between MOBA and a JRPG? Why do people know so many intricate details about the workings of things like Comic-Con?

I finished narrating a full-cast audiobook almost 3 months ago, and I only just found out that one of the actresses is… like… a bit famous? From very well-known TV shows and games. I feel like the real nerdy/geeky/whatevery voice actor types would have known who Hynden Walch is.

Mind you, someone on Linkedin called me famous recently, which I found extremely cute and flattering and not at all true, except for in my dreams, so perhaps fame isn’t a great metric to measure what I should and shouldn’t know.

A delightful and talented friend of mine, Aimee Smith, was recently cast in an anime production, which is SUPER exciting, mostly for her personal awesomeness, but also for the increasing possibilities becoming available to remote home-studio voice actors! However, I had to ask her where to even find the show; that’s how little I know about anime. 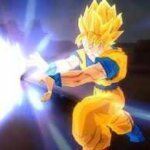 heir bios that they were inspired to pursue voice acting because of the voiceover in Final Fantasy VII, or classic anime like Dragon Ball or Ghost in the Shell. And they have all this background and emotion and sentimentality that are probably amazing for motivation and connection with that kind of voice work.

Meanwhile, I was just a dorky Aussie theatre kid who loved Shakespeare a little more than seems quite necessary for a 12-year-old, and grew up to be a dorky Aussie small-country-town gal who needed to get back into acting SOMEHOW.

I feel a little like I’m volunteering my head on the chopping block here, but the only animation I remember watching was The Simpsons, in the rare and brief moments that my horrified mother wasn’t around to witness such bad behaviour from her angelic, rule-following daughter. Oh, and I did watch a lot of Loony Tunes on Saturday mornings, too. Road Runner was my favourite.

When I was maybe 18 or 19, I had some geeky friends and we watched an anime movie with a giant cat-slash-school-bus? (My Neighbour Totoro, thank you Google!) And something called Spirited Away I think? (Yes! That was released in 2001 so I guess I was closer to 20.) 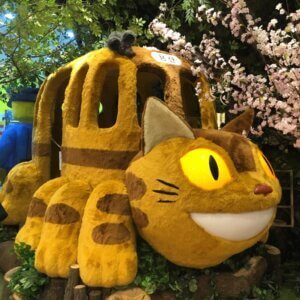 More recently, my eldest daughter got into Anime and Manga during her teen years and I learnt the name Naruto. That’s literally all I know. Seems cute, though.

The question is, does a voice actor need to know all these cool names and phrases and facts?

Well it depends, doesn’t it?

Sure, if I wanted to pursue Anime voice acting specifically, I would need to learn a lot more about it – at least so I know how to approach the stories and scripts in a more authentic way.

If I was happy to stick with eLearning and corporate narration or commercial voiceover, all this nerdy ephemera would be completely irrelevant.

I’m in the middle. Gosh, I say that so often. I am such a fence sitter (except this isn’t a fence, it’s more like a smorgasbord and I’ll have one of everything, thanks!) I genuinely enjoy the corporate work, but as I said last week, I got into this whole shenanigan from an acting background and I love the character acting side of voiceover.

At the heart of it, all voice acting is just that – acting. The connection with the character and their story is far more important than any of the frippery going on around the animation or gaming industry. I’m going to keep listening and learning about the styles, formats and themes in these sectors, but I’m not going to beat myself up for coming from a different creative background.

And I may or may not start spending a silly amount of time watching cartoons. For science.

Please tell me your favourite anime. Or Loony Tune! Or the amazing video game / TV show / Shakespearean tragedy that inspired YOUR career. 😍