My partner Reece and I watched a hilarious youtube video the other day called something like “5 skills you have to learn during quarantine”. A couple of the skills were pretty useful (like how to jump-start a car or balance on a bicycle), but the main one I remember was how to make racing-car noises with an empty aluminium can. And really – it might not fall under “useful”, but having someone going round the house making hilarious noises outside people’s bedrooms is definitely entertaining – and entertainment is useful, is it not?

Anyway, tin-can race-cars aside – there’s a massive amount of content on the internet right now encouraging everyone to “learn new skills”, “make the most of your time”, “be productive at home”, etc etc… and to a lot of that, I say:

Please take care of yourself instead of worrying about your productivity.

Guess what, you DON’T have to be productive all the time. ESPECIALLY when life feels out of whack.

If you can’t work, and your kids are stressed out about being home every day, and you don’t have the supplies you want because shopping right now is WEIRD: just getting through the day is fine. Even if things are close to normal, it’s healthy to take time out to just be. Really! YOU’RE FINE. There is not going to be a pop quiz at the end of this module.

It’s incredibly frustrating how focused the world seems to be on “productivity”. I just googled “how to not be productive” and still, the results are all “7 things you need to stop doing to be more productive”, “How to be insanely productive by working less”, and “how to avoid productivity guilt – and become more productive” – SERIOUSLY? – far out, even when we’re telling each other to stop trying so hard, it’s STILL focused on being MORE productive. 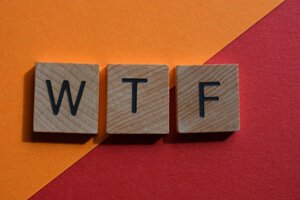 Googling “F$#k productivity” is a little more promising – try that.

I’ve been feeling the guilt. As a voice actor working from home, the pressure seems to be on. We already work from home studios, and the voiceover industry ain’t going anywhere, so voice actors should be BUSY BUSY BUSY.

I have had some fun with voice acting lately – I joined in the Now Voice This! Competition, in which Chuck Huber throws out a prompt and voice actors create something in under 30 seconds. My Round 1 entry is here, and it got me into round 2, my entry for which is here. So fun!

I also participated (along with 47 or so other voice actors!) in this lovely video made by Joshua Alexander, thanking healthcare workers for their fabulousness at the moment. 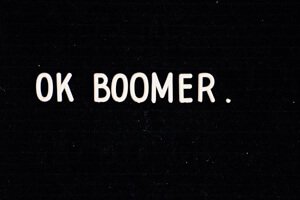 Oh, and I’ve joined TikTok! The kids there have a great time “ok boomer”ing me, and I am totally okay with that. My voiceover friend Sarah Kennedy also joined, and she is ROCKING the Gen Z’s socks off.