Hustle, if you must. Never hassle. 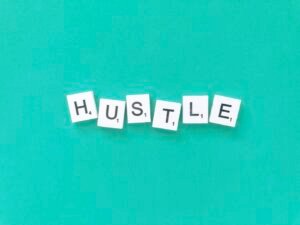 Got a side hustle?

You gotta hustle to win!

You can’t be any kind of entrepreneur without hearing these kinds of phrases all the time. If you want a successful business, you must hustle.

In many business circles, including a lot of the voiceover community, hustling is seen as the ultimate tool or mindset for achieving one’s career ambitions.

But, wait a minute… here are some definitions of “hustle” (from Oxford Dictionaries):

Commonly, “hustler” definitely refers to people utilising definitions two and three. But if I had to guess, I’d say that what most businesspeople mean when they say it positively is the fourth definition, with a hint of the first. Lots of activity, with a good measure of pushing and jostling to “get the job done”.

Some entrepreneurs send me regular, not always relevant, messages on LinkedIn. Some small biz owners send emails multiple times a week. Some voice actors are constantly drawing attention to themselves in other people’s online spaces. Maybe they call it hustling.

I call it hassling.

Now, I love me some etymology, and it doesn’t take long to discover that hassle actually derived from hustle, from the early 20th century. Which makes me think over-enthusiastic creatives and entrepreneurs have been hustling so hard it annoyed people for over a hundred years now.

Here’s the thing, my darlings: annoying, inconveniencing, or harassing anyone should not feature anywhere on one’s list of marketing tactics. Any one of those things is just going to give you a big fat NOPE from the people you want to work for.

Recently I came across a thread on Twitter that was almost painful to read through. A pretty high-tier US voice acting agent had tweeted that they were open to submissions from Gen Z people with demos and their own home studio. Those people were invited to email them. If you’re a voiceover online and you’ve seen this type of call-out before, you know what’s coming… the replies were full of hassle.

No one wants their time wasted by someone who either doesn’t read the clear instructions provided or doesn’t think they apply to them. And not many people want to work with that kind of person, either.

This is about respect. If we want potential clients, agents, or colleagues, to respect us, our business, our rates and – most important to me – our time, then we have a responsibility to first respect theirs. 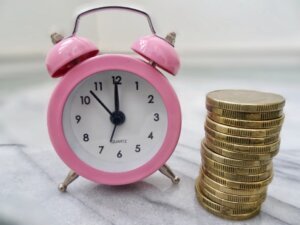 If you really feel your voice acting ambitions require you to be pushing, jostling, hustling…. as opposed to what I would prefer to call just working hard and marketing consistently… please, hustle respectfully. Read the instructions for audition and demo submissions, consider personal and professional boundaries when contacting people, and take responsibility for what you put out into the world. Think to yourself; is this a good, productive use of my time and their time?

Am I adding value or just stoking my ego?

We’re creatives and performers, you guys. We already have big enough egos!

Now if you’ll excuse me, I have to go hustle some children into the car because they’ve been hassling me for trips to town all week!

My free email list subscribers receive entertaining and helpful content I don’t publish anywhere else. Join and get in on the conversation!
11 comments… add one