If you’re a voiceover NOT in Atlanta

I’m not in Atlanta. 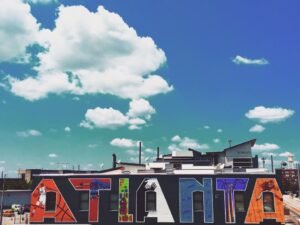 This may not surprise you, generally. I do live in Woodstock, NSW, after all, which (despite having a cool name) is nowhere near the USA, because it’s in Australia. That’s a long way across a big ocean from the entirely wrong side of the USA.

However, you see, this weekend, there are a LOT of voiceover people heading for Atlanta, Georgia, for the (last, apparently), Voiceover Atlanta conference. Yay! Networking and seminars and socialising and learning stuff! And so much potential for hanging out with so many really cool people.

Those of us who are not there may be led, by the ka-jillions of social media posts about it, to believe that we are Seriously Missing Out. Which we are. We’re not there at VOA with all the cool people. 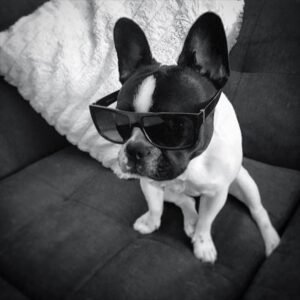 Nor will we (most of us) be at One Voice Conference in May or August, or VO North in September or MAVO in November… gosh… those northern hemisphere voiceover brats sure get themselves a lotta social opportunities.

I don’t know if you’ve noticed, but Australia is quite a long way away from all of those conference locations. And international travel is quite A Thing.

Even if you’re not 14,944 kilometres away from the fun, there are plenty of other valid and important reasons to be unable to attend a voiceover conference. Very sad and worthy of many regretful sighs, but valid nonetheless, and life must go on.

So, what do us mere non-conference-attending peasants do with ourselves?

You can in fact attend VOA online for many of the sessions, so that may be an option for you! However, voiceover conferences aren’t the only way to have fabulous voiceover-industry experiences. Here are some other ideas:

Join a voiceover social or networking group on social media.

I’m a member of a small group of Aussie VOs; we meet online once a month to chat about our goals, achievements, and the nitty-gritty of business – and kick each other’s butts into gear when needed. It’s so fab.

If you live in a fairly highly populated area, there are probably other voiceovers near you and maybe you could even meet up in person. For food or drink or conversation or maybe even all three! May I suggest a coffee and some chocolate cheesecake so that all the voice health purists can complain about the terrible caffeine and dairy products. I live in the middle of nowhere, and the nearest voiceover colleague I know of is about 3 hours drive away. So if you can, do. 🙂

Or even in-person classes, if you’re one of those lucky people from the last paragraph living in some kind of modern, populated place. Because there is ALWAYS more to learn, and it’s ALWAYS worth practising new skills and refining old ones. I love attending voiceover classes and workshops. Especially really practical ones where everyone gets  a turn to embarrass themselves. (No, really, the last online class I did, I was fine with all the crazy acting and silly noises I was making, but realised afterwards I was having a bit of a bra malfunction. Now there’s a story I haven’t heard from the fancy conference people!)

Last idea – and not necessarily voiceover related, because I suspect a large part of the appeal of Voiceover Atlanta and other conferences is just the whole getting-away-and-having-fun thing:

Get away and have some fun!

Take a camping weekend at your nearest national park, or a night at a nice hotel, or go on a random unplanned road trip with your bestie. Go out on a limb and chat to some strangers in a restaurant – it might be just like that totally awkward first-night conference dinner where you vaguely recognise some faces from social media but are too nervous about using the wrong name for the wrong face. And there are so many wrong faces in voiceover on social media.

Like any of these ideas? What are you going to do with yourself, my fellow sad non-conference-traveller?

Me? I’m going to have a lovely weekend at home, then on Monday I’ll be chatting with my accountability group and catching up with friends and colleagues online.

And hey, if you ARE at Voiceover Atlanta… have some fun for me! Don’t let JMC eat all the best food, and somebody please stop Joshua Alexander before he breaks out the full superman suit.

Can’t wait to hear all about it!

My free email list subscribers receive entertaining and helpful content I don’t publish anywhere else. Join and get in on the conversation!
3 comments… add one