Where does neutral English come from?

If you’re a voice artist, actor, video producer or, well, anything to do with the spoken word in media… you’ve likely seen the phrase “neutral English” or “neutral English accent”.

In the age of international, online media content, it’s definitely a thing.

When I was studying theatre at uni, a million years ago, my wonderful voice teacher taught us the “Mid-Atlantic Accent” – nothing to do with the mid-Atlantic states of the USA, but as if one could blend the accents from each side of the Atlantic Ocean. The idea was that we would sound not Australian, not American, and not British, but a quite refined blend. It sounded a little posher than we were used to, but not as posh as British RP.

The thing is, though, 20% of the world’s population speak English. Somewhere around 400 million people speak it natively. That’s a lot of people in a lot of different places with a lot of different accents. How on earth can anyone choose what’s neutral?

How long is a piece of string? 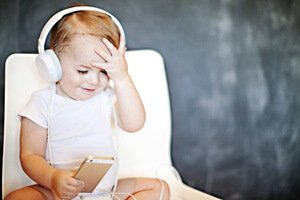 Some people will tell you that British RP is neutral, because… well, because of the British Empire, I guess. Some may say Standard American is neutral because it’s so common in media. Most people will say that “no accent” is neutral. I’m sorry, but there’s no such thing as no accent.

To my mind, and to my ears, neutral English is simply any accent that has no distinguishable regional pronunciations. You hear it and you don’t hear “American”, “British”, “Aussie”, “Eastern European” … You just hear the words and the message.

It’s also very clear and understandable to people who speak English as a non-native language; this means that it’s perfect for media in places where there are lots of different languages spoken, or where many people are multilingual. It’s definitely a popular choice for voice-overs in Asia and Europe.

My version of neutral English is a blend of “educated Australian” (can we please come up with a less snobby word for that?), the mid-Atlantic I learnt at college, and my ideas of British English. Other people’s neutrals are different. Some lean more towards American pronunciations; some sound quite posh, some sound quite relaxed.

Check out my video demonstrating the sound of my neutral English.

The key is that neutral English allows the listener to focus on your message! That’s it. No distractions or preconceptions based on the accent of the speaker, just your message in all its fabulous glory.

So, if that’s what you’re after for your project – a gloriously clear, relatable message – try out some neutral English voice-over.

Images by @tampatra and @darby via Twenty20