The power of a story 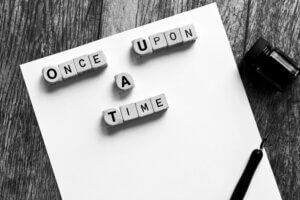 Every now and then, a TV show gives me ALL of the feels.

(Do people say that anymore – gives me the feels? Is my emo showing?)

Usually because there’s something in it that feels really true to an experience in my own life.

Recently, I watched the Netflix mini-series MAID. I’m sure you’ve heard of it; it’s the story of a young woman, Alex, who struggles to leave her emotionally abusive partner and get herself and her young daughter into a safe and stable new situation. It’s based on a book by Stephanie Land, about her own experience.

Some of you will understand when I say: there were moments in this series that felt truly mind-blowing to me – breathtaking, amazing. I found myself thinking “is this really on Netflix? Are they really telling some real truth about domestic violence on TV?” It filled me with hope and excitement and a profound sense of validation.

Only some of you. Because not everyone understands how excruciatingly difficult it can be to be heard, let alone understood, after you’ve lived through some types of abuse.

I (here I actually pause writing for quite a nervous while, because even writing this here on my own computer with nobody around is hard to do!) lived through an abusive marriage. A similar experience to Alex’s struggles in MAID – where the guy can proudly and arrogantly say “I never laid hands on you!” … as if that’s the winning card in a game of Domestic Violence Poker.

Alex’s partner never laid hands on her… he just bashed in the wall next to her. Just threw things at her. Just screamed at her. Just created a situation in which she had no power to make decisions or be independent. Just convinced her that he knew better.

My abuser never “laid a hand” on me, not in the way people mean when they say that. He just smashed things, threw things, coerced me, frightened the children, sexually abused me, tried to isolate me from family, glared at me in such a way that I knew I had to get out of the room with the kids for a while…. Then, later, he gathered his bunch of allies to help him keep the children off me and attempted to ruin my life.

I was very lucky to have savings of my own, a loving new partner and family, some supportive community members and a part time job. Even with all that, getting away from abuse is HARD. Especially when it keeps following you. It takes women an average of 7 attempts to leave an abusive partner. Alex made it in 2. I know how lucky I was to be able to stay away the first time.

Domestic violence is not just black eyes and bruised arms. You can tell people that, and they can believe you, but they still don’t understand. I literally described to someone the way in which my abuser had raped me, and that person still decided there are two sides to every story and chose to remain friends with him rather than me. I tell people the odd, confusing ways that someone can intimidate and manipulate their wife, and they look at me blankly.

But put it in a book and on a TV show, and be real about how strange it can be… and people can start to understand a little better.  You can’t see a scene of a young woman pressing herself back against a wall, frightened, and a man’s hand thumping the wall next to her head, and not see abuse. You can’t watch a group of supporters gather around a manipulative man and help him take a woman’s daughter off her without realising how wrong it is.

Telling stories is incredibly powerful. People listen to stories much more than they listen to statistics or information or facts.

I know we get told this in voiceover all the time. But watching this series really drove it home to me. Tell your truth, tell your story, and people will listen.

Some people will hate you for it. Some will love you. Some will have their mind blown and feel life-changing validation because your story was the one they needed to hear in their life.

And if you’re a voice actor, or actor of any kind, and you get to help tell other people’s stories… just remember what an honour it is. Be thankful. You get to share things that can change the world.

If you or someone you know is experiencing domestic abuse, try to find some help:

My free email list subscribers receive entertaining and helpful content I don’t publish anywhere else. Join and get in on the conversation!
19 comments… add one