Why you need videos with fabulous voiceover! 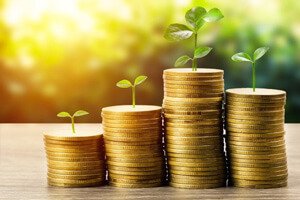 If you’re a small business owner, and especially if you’re a sole trader, you probably think about the fabulous video advertising you could do online to get yourself a load of new customers… and then you probably think “ah, I can’t afford that on my little business income!” Paying for the video to be made and the voice-over to be done and then the advertising fees on Google or social media… it all adds up!

You know what else adds up?

The income you make from each new person that found a clever, helpful video with your business name on it, clicked through and became one of your best customers!

According to a survey completed by Wyzowl over the last couple of years, 84% of consumers have bought something after watching a video about it. Eighty-four percent! I don’t know about you, but I think 84 is a big number.

The same survey claims that 79% of people prefer to watch a video than read about a product. Another big number, yes?

So all that information on your website about how great your product or service is – it’s fabulous, sure, but most people would rather see the product working or hear the service described in a video.

You might think there’s just so much video out there that no one wants to see more, right? But actually, a Hubspot survey revealed that at least 43% of consumers want to see more video, and 54% of customers would rather see video from their favourite brands than other kinds of content.

If you’re wondering what type of video to try… well, any video that demonstrates or explains what you do or sell tends to be a winner. 91% of consumers online have watched explainer videos. You do need to make sure it’s good quality, though. A lot of people click away from a video if the images or voice annoy them in the first 10 – 20 seconds. 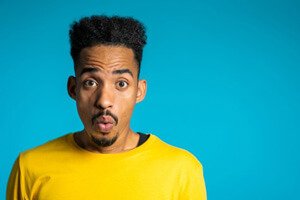 In fact, Wyzowl said 75% of their responders had not bought a product because the voice-over in the video annoyed them.

Here’s an example of an explainer video I helped make recently.

83% of online viewers prefer a chatty, informal tone. I’m sure you get that – it’s much more pleasant and engaging to listen to someone chat in a friendly way about how something works than someone making a stilted, formal sales announcement.

Anyway, that is probably enough number-crunching for one day. I think you get the idea about how helpful a video campaign could be to your business, and how much value a good voice-over will add to that.

If you have a video project on the go and need a professional voice-over to add the icing on the cake, or if you just have vague ideas for a video and not sure where to go with it, I would love to help you out with a fabulous Australian voice-over. Please get in touch any time.

Images by @SunshineSeeds, @IND and @Shanti via Twenty20.