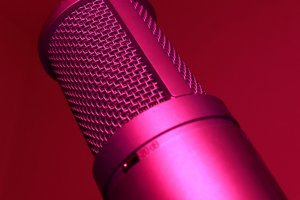 A lot of people talk about how they don’t have the confidence, the skill, the knowledge, the ~whatever~ to do things like public speaking, voice acting, presentations, interviews  – anything where a group of people will be watching and/or listening.

Many people are flat-out frightened of it.

Well, not really… but kinda? 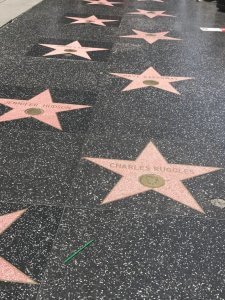 The society and mainstream culture we live in puts this kind of manufactured gold-plating on people who are visible, loud, and successful in public. We grow up seeing people on TV, on Youtube, in movies and podcasts and media articles that get millions of likes…. and traditional media presents these voices as “experts”.

They’re being interviewed because they know more than us (they usually do, about one thing anyway!)

They’re making a presentation in front of thousands of people because they’re more charismatic and confident, as well as knowing something we don’t (all probably true… in a limited context!)

Those people are up there, using their voice and body and talent and confidence, speaking up. They’ve got something to say, and we listen, because something tells us they’ve got an important or interesting message.

Well, guess what, my darlings?

Whether you have millions of likes or none, you have things to say. You have a story, and knowledge and gold-plated fabulousness of your own.

Recently I’ve had a few people – voiceover colleagues and other lovely friends – ask me for advice about how to be confident or stay calm when being interviewed. I’ve only been interviewed a couple of times but, hey, I’m confident about it. It’s a thing I can do, because – and this is the advice I give – the people listening are a) just people too, and b) interested! That’s it. 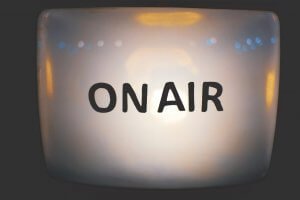 People “tuning in” to the podcast or video featuring you are there because they want to hear what you have to say. No one’s forcing people to watch. It’s not 1953 with exactly two television channels that darn well better capture people’s attention. It’s 2020, for goodness sake. People have options. Even if those options are limited by terrifying politics, disease and murder hornets. And they are choosing you!

You means YOU. Not some shiny, perfect, superhuman version of you. Just everyday, perfectly, exactly you you.

All you have to do is think of the times when you’re listening to people speak. Do you expect them to be perfect, or shiny, or superhuman? Nope. Even actual Superman isn’t expected to be perfect!

(Side note: the people who aren’t choosing you – aren’t listening anyway, so they don’t matter!)

So, stop waiting for that future moment when you suddenly have more talent or a better voice or exciting confidence exuding from your pores… Whether you are being interviewed on a podcast about your career, or you are making announcements at a fundraiser, or you want to make content to talk about one of your passions – use your voice! That’s why you have one. It’s powerful.

One of my favourite songs is SING by My Chemical Romance. I have some of the lyrics tattooed on my back. Yes, I’m exactly that kind of gloriously tragic MCR fan.

The song says “use your voice, every single time you open up your mouth”. And I say “Yes, Gerard, yes I will.”

The song is about using your voice in any and every situation to make a better future. I like to encourage other people to use theirs. Stop being a chicken… actually, maybe start being a chicken! Those things are LOUD; they broadcast announcements about every darn sunrise or any egg they lay. Broadcast your fabulous voice to the world, my dears, and I guarantee you’ll find some super cool humans who want to listen.

Like me, for example! I love to hear from you, so if you love this super-smooth segue into the final paragraph CTA, please comment below with your own message of awesomesauce. 😉