Voiceover and Money, and Money and Voiceover

So, I said I’d talk about money and 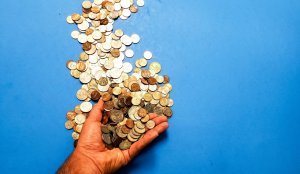 It’s a bit of thing, isn’t it? There’s the competition aspect, where people want to be earning more than other people, but at the same time want to have more attractive voice-over prices than other people…. Uh, thanks capitalism. There’s also the emotional/mental aspect of putting a monetary value on yourself as an artist; thoughts like “I’m not as good as x, I should charge less…” or “people don’t have much money at the moment, maybe I should work for free…” Thanks again, capitalism. And THEN, there’s the I’m-running-a-business-and-I-need-to-make-a-profit aspect…. Yes, all my slightly sarcastic gratitude goes to capitalism.

Who loves capitalism? Not me.

However, voiceover is a business, and this business exists in the world, and we can’t ignore money.

I know… real exciting, huh. Who wants to talk about money?

The thing with being a freelancer is that you’re your own business, and you gotta set your own prices. The other thing is that there are a gazillion other similar freelancers out there setting prices, too, so everyone has to kind of bounce off each other. This is probably Economics 101, idk, I don’t understand economics.

So, you COULD just say, hey, I’m a voice actor and you can pay me TWENTY FIVE DOLLARS for any kind of voiceover you like. You’d probably do okay. You’d probably make a living, I guess? Maybe? But… other voice actors might feel a tad bit irritated because that’s called Driving Prices Down. And you might not mind that you spent 20 years of valuable time learning how to do voiceover, but most of us do. We are valuable. Don’t sell yourself for 25 bucks. Please?

You could ALSO say hey, I’m a voice actor and I charge NINE THOUSAND DOLLARS for any kind of voiceover you like. Well… it’s probably easier to see the flaw with this one… you won’t get many jobs. And unless you can live on $9000 a year with your very inexpensive mini-me, you probs won’t make a living.

So, where’s the happy medium?

She’s in her tent at a spiritual festival communicating with happy spirits…. 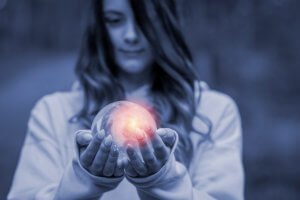 Okay, the happy medium is in a place where your time, training, expenses, living costs and the current market are taken into account to get you sensible, fair recompense for the value you provide as a voiceover.

If you are spending an hour creating a high-quality voiceover, with your expensive professional equipment, in a well-treated studio, using utilities you pay for, and that recording will be used to attract business or add value in some way to a company… that’s worth a lot! $25 is not a lot. $250 is not even a lot, you guys.

Like, do you know how much businesses spend to advertise? Neither do I, but it’s generally somewhere in the region of HEAPS. They do it because the advertisement, with your voice in it, will MAKE THEM MONEY. They are making money from the voiceover you do for them – you deserve a decent amount of that money. Simple.

Now, the obvious question is “but what if it’s a charity or non-profit or a small local business or… I just rly rly, like, like them?”

I’m a fan of giving some people a discount. Like small discount, don’t be silly. IF they genuinely have a reason for a low budget. (Oh, if it’s a cause I WANT to be involved with, like domestic violence support or a charity working to lower sexual assault, I will definitely consider a low fee.) Just being a non-profit is not a good reason. Non-profits often have a lot of money! (Economics 101 again – profit and revenue are not the same thing.)

I want to get my bathroom renovated. But it will cost many thousands of dollars. I don’t have that right now. Should I call some bathroom companies and say look, I can’t afford your prices, I’d like you to renovate my bathroom for $200 please?

NO. That’s RUDE and bratty and they will laugh at me. 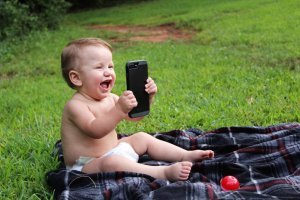 Long story short – you, my voice acting friend, are worth lots of money. And there are plenty of clients who will pay you plenty. You ain’t going to make a million quick bucks, but you can certainly make good money doing voice acting and I, for one, plan to do exactly that.

If you need some resources to help figure out what different kinds of voiceover jobs might be worth, try the GVAA rate guide, the GFTB rate guide, or the Australian Equity rate card (that one only covers Commercial rates and may be a little out of date, please let me know if you know of a more recent one!) Many agents (in Australia at least) also have rate cards on their website.

I recently put my prices up. Because I’m worth it, baby, she says, swishing her hair and stalking across the room like a supermodel… Please get in touch if you’d like to see ‘em! My rate cards, I mean… why did that sound weird?

Hit the comments and tell me what you think about the joys of being paid peanuts, and/or the delight of putting your prices up!