What’s so great about voiceover?

Somebody told me recently that he lov 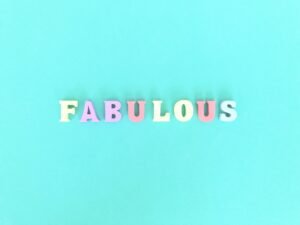 es my blog writing, because he can tell I am enjoying it. That I’m doing what I love and that comes across in the words and the style of my writing.

(That somebody was my partner, Reece. He may be a little biased, but he’s probably right. He quite often is.)

I do enjoy writing about voiceover. It makes me feel good to ramble on about it and then know that people are reading and getting something helpful or entertaining or uplifting from what I say, and the odd little ways I say it.

And I guess that’s because I love voiceover itself, as a business and as a craft.

I’ve been contemplating my love of voiceover recently. Reece and I have been ridiculously busy with our other business (a coffee van), and over winter I’ve had less time for VO. I’ve had to really knuckle down and decide what to focus on and where to spend my time.

Yeah, I’m doing a little less VO than I’d like, and it’s definitely not about the money right now, and I’m only a teensy bit exhausted, and I’m sticking it out the best I can. Conclusion: I do love it enough to get through the shenanigans. Phew.

So… why? Couldn’t I just do something else?

What’s so great about voiceover, anyway?

I could give you my answers, but I reckon you’ve heard them all before.  So because I’m weird, I thought I might outsource this question. I asked on social media. Because I have a massive, dedicated, loyal following of huge and mighty proportions and The Algorithms love me, a grand total of 5 people responded. Four of them are voiceover artists.

What is so great about voiceover?

CAN WE ONLY CHOOSE ONE THING!? Every day is different, which leads to lots of little pinchable moments in various formats.

How good is that? Aimee is so excited and enthusiastic and encouraging about voiceover, and I love that. Every day is definitely different in a voiceover career…. Well, except those couple of weeks when you’re recording and self-editing an audiobook, which starts to feel a bit like Groundhog Day after a while… but mostly, the variety is where it’s at, peeps. Some casual IVR today, a formal technical eLearning tomorrow, a high-energy commercial read after that. And in Aimee’s case, an amazing variety of game and animation characters to keep the days fresh.

Us voice actors are lucky with this amount of diversity in both the types of jobs we can do, and the level at which we get to work. Sometimes it’s a little ditty for a local company, and then sometimes it’s one of those pinch-myself moments working for a big feature film. Yay!

Next answer was from the delightful Nina Nikolic – who is an organisational queen as well as super-duper content creator. Nina said:

Clearly, Nina has a lot of stuff. We love stuff. But wait, self-discovery? Well, yes! Voiceover, believe or not, is a creative performing art; it’s acting. And what do actors do if not a whole lot of self-discovery? (Well, silly question; they act.)

Spending days in the VO booth, doing auditions and jobs and all of the business… stuff… one learns a lot about oneself. Can I start a business? Why yes I can! Can I perform as a zombie cult leader? Oh look at that, I can! Can I be a successful entrepreneur and keep my business aligned with my values and needs? Oh my goodness, I think I can. Nina is so right – it’s not just “doing voices”, it’s a whole lot of valuable, fun, interesting stuff.

Josh Alexander’s answer was simple and generous, as is he:

Very kind of him, which itself makes an excellent point about voiceover – the kind community. Oh, the VO community is a wonderful place. From my teeny country town in country NSW I only get to experience the online community so far (I’ll be at big events one day, I promise!), but on the whole it’s a welcoming, fun, friendly and supportive “place” to hang out. People like Josh, who spend immense time and energy encouraging and supporting other voice actors. Groups like the Australian Voice Actors discord group where there’s always a friendly and helpful chat going on. Even some of the most experienced and busy voice talent in this industry are known to spend time welcoming and helping the rest of us. Awww, time for a group hug.

John Day, who is a game director, replied:

Because you can listen to it instead of read/watch?

Yes! Voiceover gives audiences another option for the information and entertainment they’re consuming. I’ve written in more than a few marketing emails that voiceover should be considered in some ways an accessibility tool. Not everyone can see, not everyone can read – and those that can don’t always want to for many reasons. It’s so nice that we have all these options these days, and that voiceover is one of the ways we can help make people’s lives easier. Or better, even. 🙂

I’ve saved what was possibly my favourite answer for last. Jon Gardner  wrote: 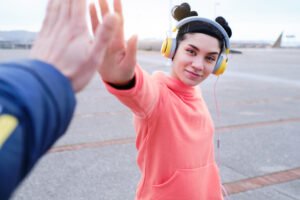 Need I even add anything to that? A real human voice from a real human person, teaching you something or telling you a story or bringing a character to life – that’s priceless, isn’t it? Humans love humans, and they always will. We’ll never grow, or technology-ise ourselves, out of that need.

How cool that we get to be those humans for our audiences.

Do you like the way I said I didn’t need to add anything to Jon’s point, and then added a whole paragraph? If I was a man that’d be mansplaining for sure. Enjoy the Sumara-splaining. VO-splaining. Blog-splaining.

Sounds like time for me to stop typing. I want to hear what you think is so great about voiceover. Surely we’ve barely scratched the surface so far. Let’s dig deep and turn the comments into a big ol’ voiceover love-fest. You know you want to.